When a local government decides to pursue environmentally aware construction policies for its own buildings, the private sector follows suit, according to new research by Timothy Simcoe and Michael W. Toffel.

Michael Toffel is an associate professor in the Technology and Operations Management unit at Harvard Business School.

John Macomber is a senior lecturer in the Finance unit at Harvard Business School.

Arthur I. Segel is the Poorvu Family Professor of Management Practice at Harvard Business School.

In the debate over whether to increase or decrease the stringency of environmental regulations, the possibility that government agencies might use purchasing to stimulate market demand for “green” products and services is often overlooked. Nevertheless, several recent US presidents (of both parties) have issued executive orders requiring federal agencies to use environmentally preferable products and services whenever possible, as has the European Commission. These procurement policies are specifically aimed to “spur private sector development of new technologies and use” of goods and services that are friendly to the environment (a 1993 US executive order) and to “stimulate the use of green standards in private procurement” (a 2008 communication from the Commission of the European Communities).

But despite these justifications, there has been virtually no industry analysis of whether this strategy actually worked, up until now.

“LEED [adoption] is not just something to pay attention to when there’s a bid to rebuild city hall.”

In a new paper, Public Procurement and the Private Supply of Green Buildings, authors Timothy Simcoe and Michael W. Toffel show that there is, indeed, a spillover effect to the private sector. The authors studied what happened after municipal governments in California adopted policies that required public (but not private) building renovations and new construction to build “green,” which nearly always meant adhering to the US Green Building Council’s Leadership in Energy and Environmental Design (LEED) standard. After local governments decided to pursue LEED certification for their own buildings, there was an uptick in the number of local architects, general contractors, and other construction industry professionals who sought LEED accreditation. Also, the use of the LEED standard increased among private builders in the same local markets.

“Our paper describes several different ways in which these policies might stimulate private markets for greener building,” says Toffel, an associate professor in the Technology and Operations Management Unit at Harvard Business School. “For example, procurement policies could serve a demonstration role that would stimulate private demand by making people more aware of green buildings. They might also cover the start-up costs of suppliers, lowering prices of green-building expertise and materials.”

Simcoe, an assistant professor at Boston University, adds that such policies might also resolve a type of coordination problem often seen in the diffusion of technology standards, such as the Universal Serial Bus (USB) interface or a new video game console. “Input suppliers such as game developers won’t invest until there is sufficient demand, or a large installed base, but demand won’t arise until there is an ample supply of key inputs,” he explains. “In our setting, government green-building procurement policies can stimulate private-sector building professionals to gain expertise in LEED, while also bolstering private-sector demand for LEED buildings.”

There are multiple environmental assessment tools available to governments and building developers in the United States, including the International Code Council’s International Green Construction Code; Energy Star for buildings, a joint program of the Department of Energy and the Environmental Protection Agency; the National Association of Home Builders’ NAHBGreen program; and the aforementioned LEED, a rating system that doles out points for each of eight planning and building categories, such as water efficiency and materials and resources. LEED rating recipients are awarded certification levels of Certified, Silver, Gold, or Platinum, depending on the number of total points.

The researchers focused on LEED because of its relative dominance in the industry, and because “the standard resembles a multi-sided platform that facilitates interactions among real-estate developers and suppliers of green-building inputs (e.g., professional services or building materials),” the paper explains. (Toffel was well acquainted with the nuances of LEED certification, having previously coauthored a business case study about the Genzyme Center—the first building in the nation to receive a LEED Platinum rating.)

Toffel and Simcoe collected data on 735 California cities from 2001 to 2008, including LEED registrations, construction starts, and demographic information such as population, median income, and various measures of environmentalism. The team homed in on California primarily because it was (and is) the state with the largest number of municipal green-building policies. But the state also sports a wide range of environmental diversity among its private citizens. The disparity allowed the team to study whether the impact on the private sector differed in cities that were already pretty green, compared with cities that weren’t.

The researchers found that only 4 percent of the 735 cities had passed green-building policies specifically targeting municipal buildings by 2008, but that 15 percent of cities in the state abutted a municipality with a green procurement policy. To assess each city’s intrinsic environmental pulse, they measured the proportion of the city’s population that voted in favor of environmental initiatives on statewide ballots between 1996 and 2000, the percentage of the populous that drove a Toyota Prius in 2008, and the pro-environmental voting record of each city’s delegates to the California legislature.

They then matched cities that had adopted green-building policies to cities that had not. “We tried to match cities very carefully along these green taste measures, comparing a city that adopted a LEED policy to another city that looked very similar to it, in terms of demographics and inherent greenness,” Toffel says. 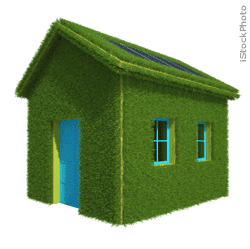 Overall, the researchers found that cities that adopted green-building policies for their municipal buildings had roughly 90 percent more private-sector green buildings by 2008 than other cities of similar size, demographics, and environmental preferences.

“Real-estate developers and professionals should note that LEED is not just something to pay attention to when there’s a bid to renovate city hall,” Toffel says. “Committing in advance to build green does have spillover effects for private adoption green-building practices, for both the supply of inputs such as contractors and the demand for buildings that are measurably green.”

It occurred to the researchers that the results might be due in part to LEED-leading cities showing preferential licensing treatment to those building owners who decided to go green. “We thought that maybe the private LEED registrations happened in these cities because although the policy only applied to governments, the zoning process would more rapidly approve private-sector buildings that had ‘LEED’ in their applications,” Toffel says.

So the researchers also looked at whether there was any greening effect on private-sector buildings in municipalities that were located next to cities with green-building policies but had no such policies themselves, since these would clearly not profit from informal benefits in the zoning process. There were a couple of key findings: One, neighboring cities saw an increase in private-sector LEED applications. Two, these abutting cities also saw an increase in LEED applications for government buildings.

“This suggests that the mechanisms of a government procurement policy’s stimulating demand or stimulating supply don’t stop at the border,” Toffel says.

In the paper, the researchers chalk up the findings to education; in complying with government policies, builders and architects must school themselves in all things LEED, and they can then pass that knowledge on to private-sector clients. “Green procurement policies had a combined effect that increased awareness of the LEED standard and fostered the development of complementary markets for specialized inputs, such as LEED Accredited Professionals,” they write.

Furthermore, private-sector building developers might embrace LEED in order to woo government tenants. Indeed, in addition to taking up space in city hall and the like, government agencies often lease space in private buildings. In the United States, most commercial leases require tenants to pay the cost of utilities, which reduces a landlord’s incentive to invest in LEED, or in other energy efficiency capital expenditures. However, government lessees are attractive to landlords because they come with predictable budgets and, therefore, reliable rent payments. And in cities where LEED is government policy, government tenants might expect LEED certification from their landlords.

“The characteristics of a government tenant can break down important contractual and business barriers to LEED adoption,” says John D. Macomber, a senior lecturer in the Finance Unit at HBS who specializes in real-estate issues, having spent several years as CEO of a construction company. “These characteristics—good credit, interest in employee health, ability to do a sophisticated analysis of total occupancy cost, awareness of brand and signaling issues in selection of space, likelihood to have a rigorous and transparent procurement process—help landlords, investors, and tenants alike to optimize the whole asset, and not be bogged down by those otherwise competing interests,” he says.

Toffel and Simcoe’s findings indicate that the government’s influence promotes a public policy goal of sustainable development, which is beneficial to both public and private interests.

The public sector accounts for roughly one-third of the nation’s construction spending, according to the latest figures from the US Census Bureau, so it stands to reason that the government holds considerable sway over the movement toward building environmentally friendly buildings. (Simcoe and Toffel agree that more research is needed to examine the potential spillover effects of government procurement policies in other industries where governments are a smaller player.)

However, the authors note that there is no guarantee that LEED is the best standard, and that the adoption of LEED could lock-in its use and chase away competing standards that might be more effective.

“This both points to procurement policies as an effective policy tool and highlights the potential dangers of lock-in to a government-selected standard—particularly if it was developed by firms hoping to preempt more stringent regulation,” they write. “The question of how government should be involved in the ex-ante development of voluntary standards that might later provide the basis for procurement policies is an intriguing topic for future research.”