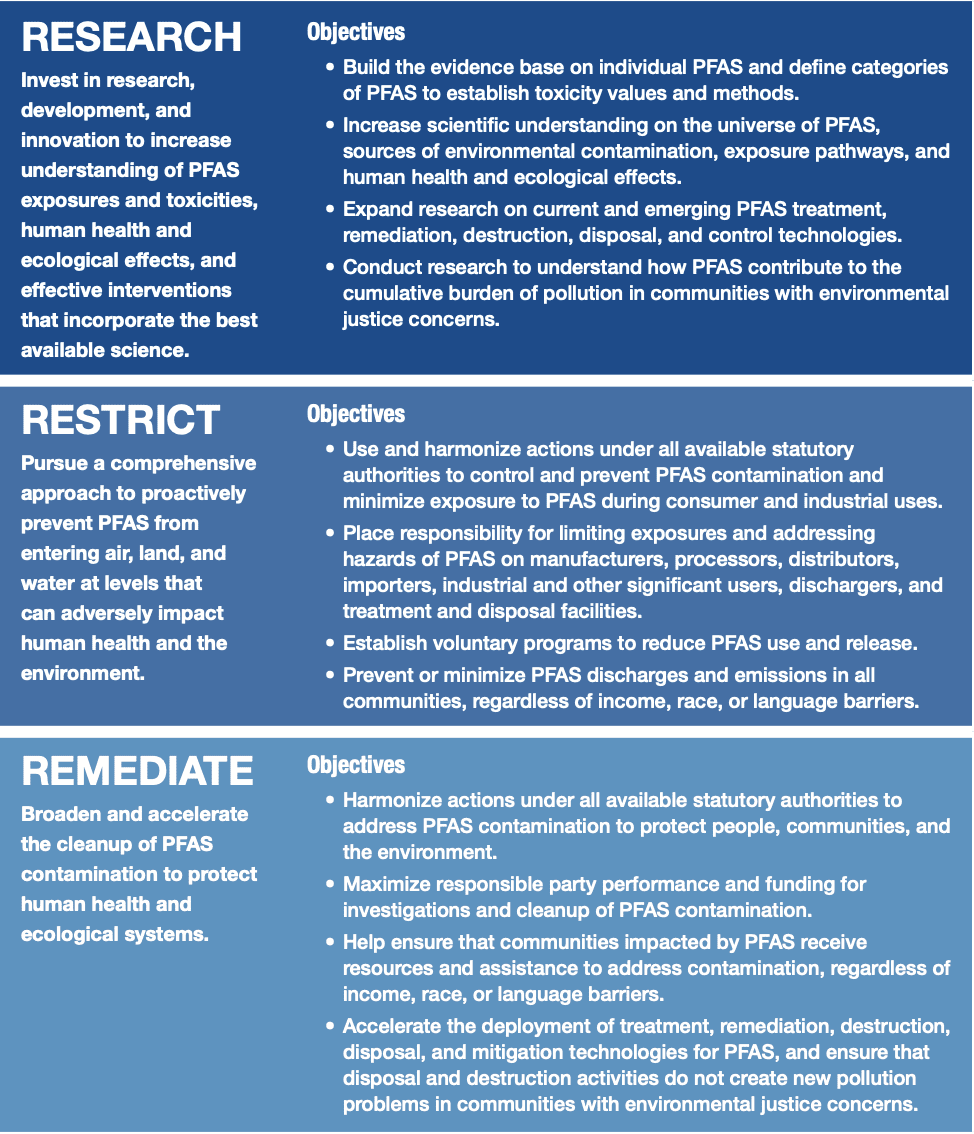 WASHINGTON (Oct. 26, 2021) – Today, the U.S. Environmental Protection Agency (EPA) announced it is acting upon a petition from Governor Michelle Lujan Grisham of New Mexico to tackle PFAS contamination under the Resource Conservation and Recovery Act (RCRA). In responding to the petition, EPA outlined plans to initiate the rulemaking process for two new actions under the hazardous waste law, reflecting the agency’s focus on using best available science and leveraging authorities to combat this shared challenge.

“We can only make progress for communities suffering from PFAS pollution if we work collaboratively across levels of government and harness our collective resources and authority,” said EPA Administrator Michael S. Regan. “Today, we are taking important steps toward developing new scientific approaches to confront these dangerous chemicals and strengthening the ability to clean up PFAS contamination. I thank Governor Lujan Grisham for her engagement and leadership, which will lead to better protections for people in New Mexico and across the country.”

“I applaud Administrator Regan for empowering states to follow New Mexico’s lead and hold PFAS polluters accountable,” said Governor Lujan Grisham. “By taking an urgent and science-based approach to this issue, we’re helping to protect communities in New Mexico and around the country.”

Governor Lujan Grisham’s petition requested that PFAS be identified as hazardous waste under RCRA, either as a class or as individual chemicals. In today’s response, EPA is announcing the initiation of two rulemakings. First, the agency will initiate the process to propose adding four PFAS chemicals as RCRA Hazardous Constituents under Appendix VIII, by evaluating the existing data for these chemicals and establishing a record to support such a proposed rule. The four PFAS chemicals EPA will evaluate are: perfluorooctanoic acid (PFOA), perfluorooctane sulfonic acid (PFOS), perfluorobutane sulfonic acid (PFBS), and GenX. Adding these chemicals as RCRA Hazardous Constituents would ensure they are subject to corrective action requirements and would be a necessary building block for future work to regulate PFAS as a listed hazardous waste.

The second rulemaking effort will clarify in our regulations that the RCRA Corrective Action Program has the authority to require investigation and cleanup for wastes that meet the statutory definition of hazardous waste, as defined under RCRA section 1004(5). This modification would clarify that emerging contaminants such as PFAS can be cleaned up through the RCRA corrective action process.

These actions build on EPA’s broader strategy to comprehensively address PFAS pollution across the country, following its announcement last week of the PFAS Strategic Roadmap. The roadmap commits EPA to bold new policies to safeguard public health, protect the environment, and hold polluters accountable. The actions described in the PFAS Roadmap each represent important and meaningful steps to safeguard communities from PFAS contamination. Cumulatively, these actions will build upon one another and lead to more enduring and protective solutions.

PFAS are a group of man-made chemicals that includes PFOA, PFOS, PFBS, GenX, and many other chemicals. PFAS have been manufactured and used in a variety of industries around the globe, including in the United States since the 1940s. PFOA and PFOS have been the most extensively produced and studied of these chemicals. Both chemicals are very persistent in the environment and in the human body – meaning they do not break down, and they can accumulate over time. Evidence indicates that exposure to PFAS can lead to adverse human health effects.