Overturning decades of conventional wisdom, researchers at the Department of Energy’s Lawrence Berkeley National Laboratory (Berkeley Lab) have found that moderately high indoor concentrations of carbon dioxide (CO2) can significantly impair people’s decision-making performance. The results were unexpected and may have particular implications for schools and other spaces with high occupant density.

“In our field we have always had a dogma that CO2 itself, at the levels we find in buildings, is just not important and doesn’t have any direct impacts on people,” said Berkeley Lab scientist William Fisk, a co-author of the study, which was published in Environmental Health Perspectives online last month. “So these results, which were quite unambiguous, were surprising.” The study was conducted with researchers from State University of New York (SUNY) Upstate Medical University.

On nine scales of decision-making performance, test subjects showed significant reductions on six of the scales at CO2 levels of 1,000 parts per million (ppm) and large reductions on seven of the scales at 2,500 ppm. The most dramatic declines in performance, in which subjects were rated as “dysfunctional,” were for taking initiative and thinking strategically. “Previous studies have looked at 10,000 ppm, 20,000 ppm; that’s the level at which scientists thought effects started,” said Berkeley Lab scientist Mark Mendell, also a co-author of the study. “That’s why these findings are so startling.” 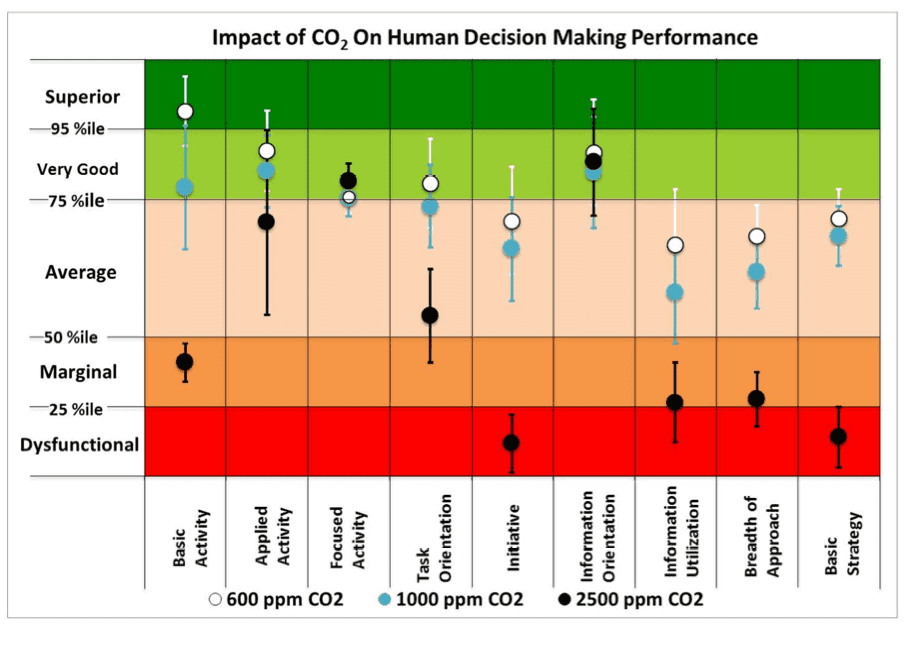 While the results need to be replicated in a larger study, they point to possible economic consequences of pursuing energy efficient buildings without regard to occupants. “As there’s a drive for increasing energy efficiency, there’s a push for making buildings tighter and less expensive to run,” said Mendell. “There’s some risk that, in that process, adverse effects on occupants will be ignored. One way to make sure occupants get the attention they deserve is to point out adverse economic impacts of poor indoor air quality. If people can’t think or perform as well, that could obviously have adverse economic impacts.”

In classrooms, concentrations frequently exceed 1,000 ppm and occasionally exceed 3,000 ppm. CO2 at these levels has been assumed to indicate poor ventilation, with increased exposure to other indoor pollutants of potential concern, but the CO2 itself at these levels has not been a source of concern. Federal guidelines set a maximum occupational exposure limit at 5,000 ppm as a time-weighted average for an eight-hour workday.

Fisk decided to test the conventional wisdom on indoor CO2 after coming across two small Hungarian studies reporting that exposures between 2,000 and 5,000 ppm may have adverse impacts on some human activities. 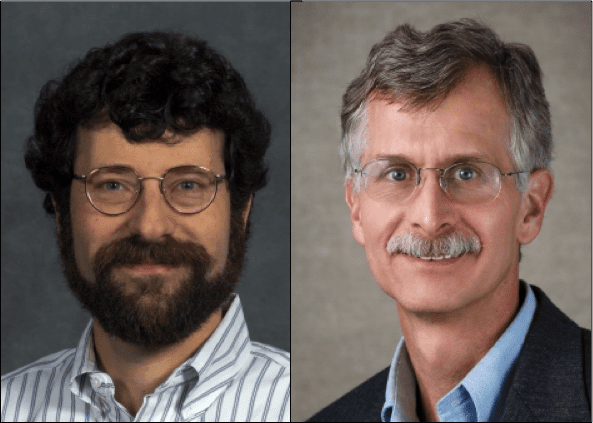 Fisk, Mendell, and their colleagues, including Usha Satish at SUNY Upstate Medical University, assessed CO2 exposure at three concentrations: 600, 1,000 and 2,500 ppm. They recruited 24 participants, mostly college students, who were studied in groups of four in a small office-like chamber for 2.5 hours for each of the three conditions. Ultrapure CO2 was injected into the air supply and mixing was ensured, while all other factors, such as temperature, humidity, and ventilation rate, were kept constant. The sessions for each person took place on a single day, with one-hour breaks between sessions.

Although the sample size was small, the results were unmistakable. “The stronger the effect you have, the fewer subjects you need to see it,” Fisk said. “Our effect was so big, even with a small number of people, it was a very clear effect.”

Another novel aspect of this study was the test used to assess decision-making performance, the Strategic Management Simulation (SMS) test, developed by SUNY. In most studies of how indoor air quality affects people, test subjects are given simple tasks to perform, such as adding a column of numbers or proofreading text. “It’s hard to know how those indicators translate in the real world,” said Fisk. “The SMS measures a higher level of cognitive performance, so I wanted to get that into our field of research.” 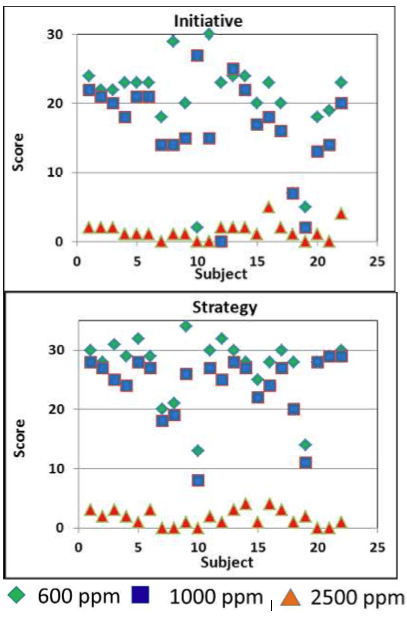 The SMS has been used most commonly to assess effects on cognitive function, such as by drugs, pharmaceuticals or brain injury, and as a training tool for executives. The test gives scenarios—for example, you’re the manager of an organization when a crisis hits, what do you do?—and scores participants in nine areas. “It looks at a number of dimensions, such as how proactive you are, how focused you are, or how you search for and use information,” said Fisk. “The test has been validated through other means, and they’ve shown that for executives it is predictive of future income and job level.”

Data from elementary school classrooms has found CO2 concentrations frequently near or above the levels in the Berkeley Lab study. Although their study tested only decision making and not learning, Fisk and Mendell say it is possible that students could be disadvantaged in poorly ventilated classrooms, or in rooms in which a large number of people are gathered to take a test. “We cannot rule out impacts on learning,” their report says.

The next step for the Berkeley Lab researchers is to reproduce and expand upon their findings. “Our first goal is to replicate this study because it’s so important and would have such large implications,” said Fisk. “We need a larger sample and additional tests of human work performance. We also want to include an expert who can assess what’s going on physiologically.”

Until then, they say it’s too early to make any recommendations for office workers or building managers. “Assuming it’s replicated, it has implications for the standards we set for minimum ventilation rates for buildings,” Fisk said. “People who are employers who want to get the most of their workforce would want to pay attention to this.”

Funding for this study was provided by SUNY and the state of New York.

Lawrence Berkeley National Laboratory addresses the world’s most urgent scientific challenges by advancing sustainable energy, protecting human health, creating new materials, and revealing the origin and fate of the universe. Founded in 1931, Berkeley Lab’s scientific expertise has been recognized with 13 Nobel prizes. The University of California manages Berkeley Lab for the U.S. Department of Energy’s Office of Science. For more, visit www.lbl.gov.